Nearly $300,000 in production and impact funding awarded to documentaries about water, land, and environmental justice

Today, The Redford Center announced continued and expanded investments in storytelling strategies that respond to the urgency of today’s crises, expand representation in the environmental movement, and create direct community impact. Six feature-length film projects in the current Redford Center Grants cohort will receive a total of $295,000 in second-year funding. This includes production and development grants to Demon Mineral, Impossible Town, Oaklead, and To The End, and impact campaign grants to Razing Liberty Square and We Still Here/Aqui Estamos.

The 2020-21 cohort of Redford Center Grants brings together 22 film projects poised for transformative impact. Together, these films tell critical and compelling stories that will further build the movement for environmental justice and regeneration. Each film offers pathways for action and engagement and shares one persistent and inspiring goal: a just transition to a healthier future for everyone.

For the first time, The Redford Center is awarding impact campaign funding as part of an expanded grantmaking strategy. This additional commitment supports completed films in their efforts to inspire public dialogue and mobilize action around specific issues related to environmental justice. Impact campaign grants will be used to move audiences from awareness to action through initiatives such as educational screenings and community partnerships.

“Climate and environmental impacts are at our front door. The need for deeper investments in stories that drive action increases every single day. The longer we have to wait for federal, global, and industry leadership — the more important community led, collective action becomes. And that’s where these stories live and thrive.” said Jill Tidman, Executive Director of The Redford Center. “We are inspired by all of our grantees’ projects, and have every confidence that our further investments in these six films will lead to real-world environmental impact at a scale that is urgently needed.”

Redford Center Grants Advisor Brenda Robinson, partner in Gamechanger Films, shared “Each of these films inspire with their fresh representation and authentically local community perspectives, while having significant national and global relevance. With the right support, these storytellers’ impact goals will make a difference. They will drive change and action in the short and long term. That’s why I find The Redford Center’s investments in impact storytelling to be so critical – to ensure that the full potential of these stories are realized. People won’t just see these films and move on, they will see them and be engaged to take action for the future of our people and the planet.”

Since 2016, the Redford Center Grants program has supported 36 field-defining documentary projects, awarding more than $1 million total in grant awards. Redford Center Grants includes a diverse portfolio of filmmakers and projects that represent necessary voices and perspectives on environmental issues, illuminating stories from people on the frontlines and covering a range of pressing issues including food security and sovereignty, climate solutions and just recovery, environmental toxins and community health, racial justice and civic participation, Indigenous wisdom and rights, and endangered habitat and species protection, among other urgent issues.

In addition to cash funding, all Redford Center Grants include networking and partnership opportunities, feedback, guidance on impact goals, and promotional support throughout the life of a project. 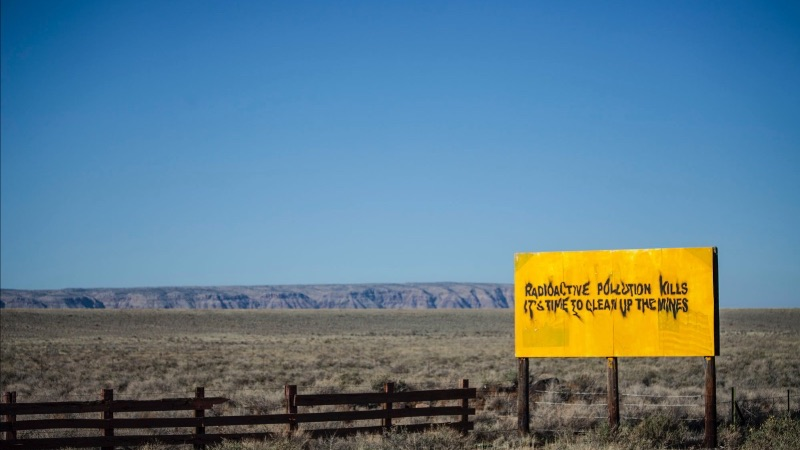 Demon Mineral documents life in the radioactive desert on the Navajo Reservation. Spanning across a landscape perforated by orphaned uranium mines in Arizona, New Mexico, and Utah, the film follows a group of indigenous scientists, elders, and activists as they work to protect a vital living space on contaminated land. 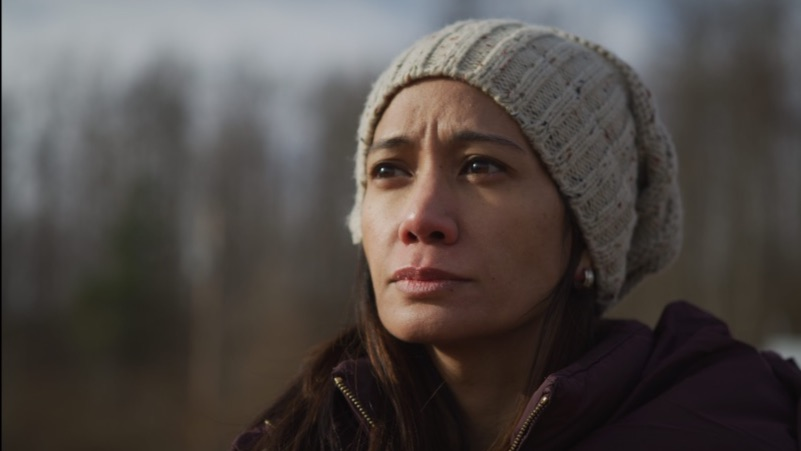 When her father passes unexpectedly, Dr. Ayne Amjad is thrust to the helm of a decades-long struggle to aid a southern West Virginia town beset by cancer-causing chemicals. After formulating an audacious plan to relocate the town’s residents, Ayne must decide how much she is willing to sacrifice – and which of her allies she can count on – to fulfill her late father’s mandate to “help others” at all costs. Impossible Town is the story of Ayne’s unexpected rise to state leadership and the stalwart citizen activists who subvert so many of the stereotypes that exist about places like West Virginia. 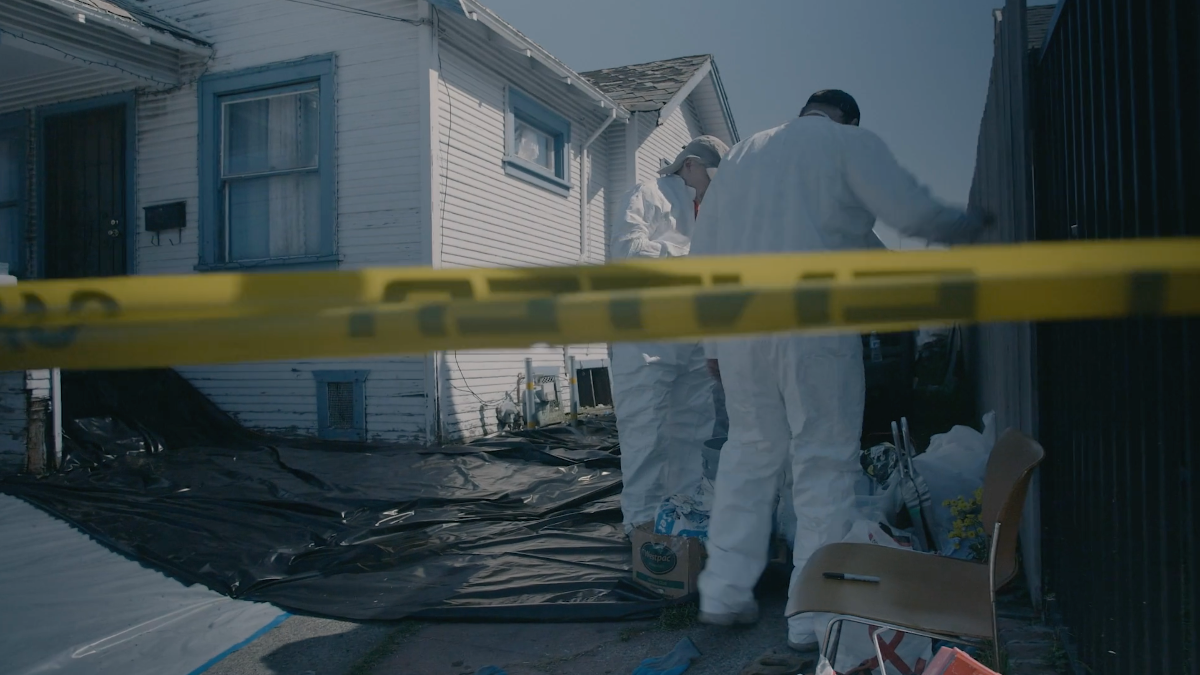 Photo: Anna Williams next to the ‘Segregation Wall’ photo by Hector David Rosales

Miami is ground-zero for sea-level-rise. When residents of the Liberty Square public-housing community learn about a $300 million revitalization project in 2015, they soon discover that this sudden interest comes from real estate developers’ intentions to take advantage of the fact that their neighborhood is located on the highest-and-driest ground in the city. Now they must prepare to fight a new form of racial injustice – Climate Gentrification. Razing Liberty Square is a feature-length documentary that addresses Climate Gentrification by following the redevelopment of a historic African American public housing project in Miami and its impact on long-time residents.

TO THE END: Directed by Rachel Lears, Produced by Sabrina Schmidt Gordon At this critical and volatile moment in our history, stopping climate change is a question of political courage, and the clock is ticking. To the End will follow the Green New Deal from an obscure idea to a political touchstone of a generation, through the interwoven narratives of four young women of color who are grappling with challenges of leadership and power that they have never encountered before. In response to the government’s disregard and poor relief management during Hurricane Maria, young residents from Comerío, Puerto Rico activate themselves by taking control and transforming not only their lives but their community. We Still Here introduces the incredible youth of Comerío, navigating the aftermath of Hurricane Maria, a disaster that brought an unprecedented level of devastation to an island already in economic and political crisis. In the lush mountains in the center of Puerto Rico, 24-year-old Mariangelie Ortiz leads a group of young residents who never thought they would become the leaders of their community, nonetheless find themselves traveling to Washington D.C. to protest in the halls of Congress. Follow them in this coming of age story to find their power and begin creating a sustainable future for themselves and their community.

ABOUT THE REDFORD CENTER:  Co-founded in 2005 by Robert Redford and his son James Redford, The Redford Center uses the power of storytelling to galvanize environmental justice and regeneration. Its cross-cutting programs support environmental storytellers and invest in impact-driven narrative strategies. By amplifying and changing the conversations around environmentalism, The Redford Center aims to engage a much broader and more diverse population in the movement. It has produced three award-winning feature documentaries and 30+ short films, supported 75+ film and media projects with grants and other services, inspired 400+ student films, and dispersed more than $8 million to fiscally sponsored projects. Redford Center film impact campaigns have halted the construction of dirty coal plants, reconnected the Colorado River to the Sea of Cortez, and helped accelerate the clean energy revolution in America. To learn more, visit redfordCenter.org or follow The Redford Center on Facebook,  Instagram, Twitter, Vimeo and YouTube.

Join our community of donors and support the creation of impact-driven, change-making films. As a non-endowed, nonprofit organization, gifts of every size are meaningful and help build the personal and political will we need today to accelerate environmental and climate solutions.